Georgia Election is Case Study in "Don't-do-This" for Democrats

It's not hard to figure out that Republicans have been out-messaging Democrats.  We have seen that facts don't matter and that strong messaging overcomes playing not to lose.


Having been a speechwriter, political strategist and PR operative for causes and candidates since Jimmy Carter was President, I was sufficiently horrified in this century to join others in forming Messaging Values Project -- a study of how to clearly message progressive values.

During this project we met political researcher and strategist Drew Westen. 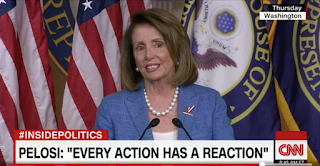 Westen is to Democrats what Frank Luntz is to Republicans.  Westen, who lives outside Atlanta, conducts focus groups to learn which messages and words resonate with potential voters and which ones fall flat.  He understands how to "prime" a message by firing off mental "frames" in the mind of an audience.

Westen is every bit as good as Luntz -- better, I think, because he does not play on ignorance and hate -- but not as widely known. Westen does not have a track record of success (if you call convincing voters to screw up the country a success) like Luntz.  For example, one Luntz gem was to advise Republicans to call Obamacare a "government takeover."

One subject for study, although it should not be a political issue, is abortion.  I hate to even bring it up.  It's a no-win subject.  It's a personal matter that Republicans have wrangled and manipulated into hate and crazy and votes.  There is no changing anyone's mind on this, but it is an issue that Westen tested in focus groups.

"A man and a woman have the right to plan a family. Voters respond favorably if you begin with that," Westen said in describing the results of focus groups on messaging women's reproductive rights.

In this CNN story, Westen lines out the Democrats' failures in this race, and he advises Democrats should use this as a what-not-to-do case study for 2018 congressional races.


Posted by Citizens Media Resource at 9:19 PM No comments:

Dialing for Democracy: Turning Back the Turn-Off of Medical Care

Now they are putting U.S. senators and representatives between you and your doctor, your pharmacy, your physical therapy, etc.

Personal calls are powerful because a breathing person has to engage you.  But fax is an option.  I had faxed Leemar about Jeff-Beau Sessions and was surprised to get an email back, explaining how Sessions was his friend.  Surprise was that I got a reply, not that Alexander had his head up….  At least someone had to go to slight trouble.

For phone calls, if you get tired of busy signal in DC, call Nashville office, even if you live in Memphis.  They don't believe Memphis qualifies as part of Tennessee.  Ask them to "log the call."

Call to Chattanooga office would be second choice after DC.

ALEXANDER THE NIXON AIDE
Alexander learned dirty politics while he was a Nixon White House attorney under Haldeman and Ehrlichman.  Did you miss that one on his resume?  Yeah, he does not want people talking about that.

PRAISE THE LORD AND PASS THE JIM BEAM
Mr. Wholesome from Maryville, TN, in the 1970s Alexander used a church charter to get around local laws and serve liquor at a Ruby Tuesday’s restaurant he owned in Gatlinburg.

CITY SLICKER GOES COUNTRY
All you need to know about Alexander’s phony politician game is that he put on a red plaid shirt to act like a working man when he ran for governor in 1978.  When his crew got near a media or other event, they would plop Alexander behind the wheel of a pickup truck so he could “drive into town” in his pickup and plaid shirt.

AMERICAN GET-RICH SCHEME
Alexander gets rich using his government positions for personal gain.  No surprise, right?  But this 1996 Chicago Tribune story – while Alexander was a mere single-digit millionaire -- lays out some of his spurious land deals from the 20th century and how he has leveraged his positions in office to personal wealth:
http://articles.chicagotribune.com/1996-02-19/news/9602190118_1_blackberry-farm-tennessee-governor-lamar-alexander

Open Secrets compiled this listing of assets, updated as of 2014:
http://www.opensecrets.org/pfds/assets.php?year=20100&cid=N00009888
Posted by Citizens Media Resource at 8:08 AM No comments:

Myths and Realities of Globalization in 2017 and Beyond


Linguist and intellectual Noam Chomsky and Cambridge economics professor Ha-Joon Chang talk out the powerful, transnational forces that run our lives in this Truthout interview.

In our story with Noam Chomsky from 2012, he described the U.S. as having become a "senate of the wealthy" and operating as something of a third-world nation. Nothing has happened to change that view.


Posted by Citizens Media Resource at 5:01 PM No comments:

Forrest Statue Is about Domination, not History

It was Memorial Day, and I decided to see if any history would rub off on me if I visited the Nathan Bedford Forrest monument in Memphis, Tennessee.  After all, that's the rationale Mississippi legislators and others give for keeping the 22-foot tall bronze idol to the rebel general, slave trader and first Grand Wizard of the Ku Klux Klan.

We posted this in Daily Kos, and here's the link. 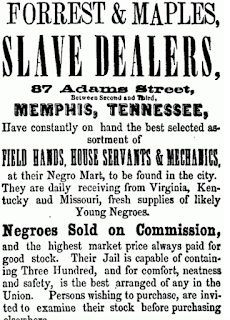 Posted by Citizens Media Resource at 9:44 PM No comments: