Rebranding Jesus as a Capitalist

With a fake rant and an attempted hijacking of Jesus, here's a look at the Radical Right's cheesy attempt to "rebrand" Jesus in their golden idol image. 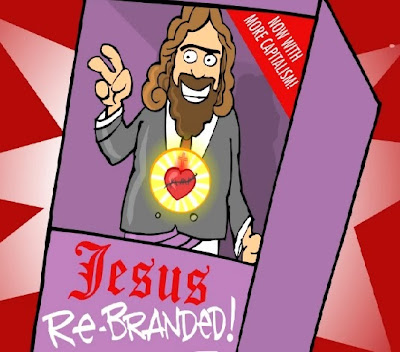 Posted by Citizens Media Resource at 6:00 PM No comments: