Truth-Tellers to Watch the Watchers are in Short Supply, so Why are we Getting Rid of Them?

In our upside-down world, where truth seems to be out of fashion and we are horrified to see how far horse manure can get you, the public radio station in Chattanooga fires a reporter after a legislator complains, and Gannett continues to cut staff at The Commercial Appeal and its other newspapers.

We have seen an increase in arrests of journalists in this decade, while the ranks of reporters continue to slide.  If there were ever a scarce commodity in America, it is the commodity of truth and the companion acute need for truth tellers to watch-dog elected officials.  Thus, we are living upside down and backwards to be ditching truth-tellers -- whether it is because a corporate behemoth is seeking to trim its bottom line, or whether a state-funded university is so afraid of its money getting cut that it lets a legislator make editorial policy.

In the case of Jacqui Helbert, the reporter at WUTC in Chattanooga, the gist of it is that some
Republican legislators were at a meeting with high school students, and she talked to them, then did a story.  They complained they did not know she was a reporter.  She said she was wearing her WUTC station ID, carrying some bulky gear, and held a 22-inch directional mic in their faces.  Being a radio reporter, there was no camera and no cameraman to ride alongside the reporter.

My take: While I do not believe she played "gotcha" with the legislators or did anything sneaky, it seems as though their own stupid statements made them look bad.  In other words, much Trump-like, they complained that the media reported what they did and said.

Further, I do not distinguish between media and citizens.  Citizens are journalists with as much standing as any member of the dwindling ranks of reporters.  Anything an elected official says to any citizen is as much a comment to the public as anything he or she says to a card-carrying, corporate-paid reporter.  A citizen can talk or write about her experiences with a politician, or what the politician does or says, same as any journalist.  A citizen can talk to a journalist and report, representative Smith or Jones said or did this or that.

See, there is no distinction between "journalist" and citizen journalist.  In this era, especially, when everyone has a cell phone that can record video, every citizen is a journalist.  Get used to it.  If you are an elected official and you don't like people knowing you say and do stupid things, I have a simple fix for you:  Quit saying and doing the stupid things that make you look foolish.

Thus, the answer to Who Will Watch the Watchers? is everyone of us.  It's a necessity.


Posted by Citizens Media Resource at 6:53 PM No comments:

While Americans are distracted by celebrity news and funny pet videos, and as the macro forces that shape us move slowly and invisibly, the Earth and its political societies face outcomes that can change life as we know it. 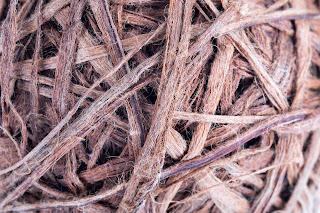 J.P. Harpignies lays out 4 major forces that could rock our world in the coming decades, and makes this point that we often ponder:

"It is an open question whether our species is wired to be able to respond to long-term existential crises..."


Posted by Citizens Media Resource at 7:17 AM No comments: